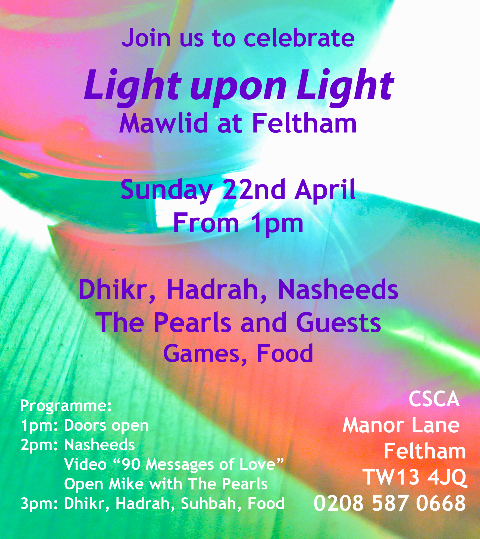 Light upon Light Mawlid at Feltham 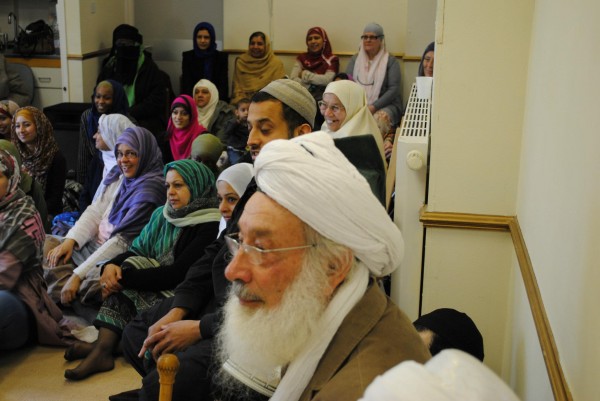 On the 22nd April 2012, CSCA organised and hosted an event; Light upon Light to celebrate and commemorate the birthday of two prominent figures, which have contributed in shaping our world as a better place.

In a world where there is so much turmoil, violence and disruption, it is important to stand together, unified in our love and support for people who are courageous and inspire us with what is good. Such magnanimous leaders teach us to live together, in harmony with one another.

Her Majesty the Queen is arguably the most admirable figure in Great Britain. She came to the thrown at the age of 25, and from that day forward, took her coronation oath seriously. Her majesty has a deep sense of religious and civic duty.
A personal note about her faith was featured in her annual Royal Christmas Message broadcasted to the Commonwealth in 2000, when she spoke about the theological significance of the millennium marking the 2000th anniversary of the birth of Jesus Christ:

“To many of us, our beliefs are of fundamental importance. For me the teachings of Christ and my own personal accountability before God provide a framework in which I try to lead my life. I, like so many of you, have drawn great comfort in difficult times from Christ’s words and example” 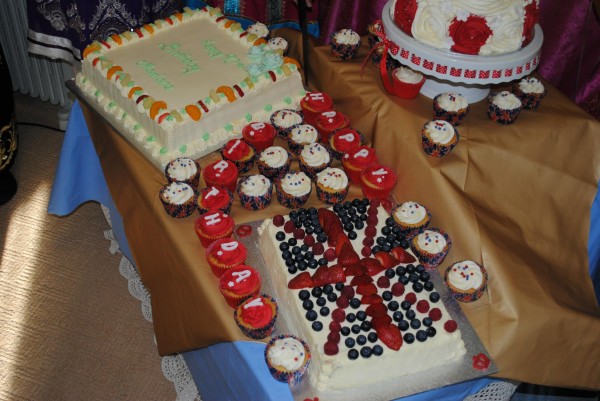 Shaykh Muhammad Nazim Adil, World Leader of the Naqshbandi Sufi Order is another such luminous figure. He infused in to the community and the world, love of God and love for the lovers of God. Shaykh Nazim has travelled throughout the world, over many years working to build bridges of inter-racial, inter-ethnic and cross-cultural understanding.

Shaykh Nazim had a vision of creating a “community”. He has sought to establish the infrastructure that, in modern parlance, would be termed privatised social welfare. It is through institutions designed not only to serve the destitute, the homeless and the ill, but whose overall purpose is to redirect the society as a whole to the goal of uplifting the people spiritually, psychologically, morally and physically. He has had an immense impact on the societies in which his teachings continue today.

Shaykh Kabbani, Chairman of the CSCA and Deputy leader of the Naqshbandi Sufi Order, praised Shaykh Nazim and Her Majesty the Queen stating that both are a symbol of hope and service to humanity. 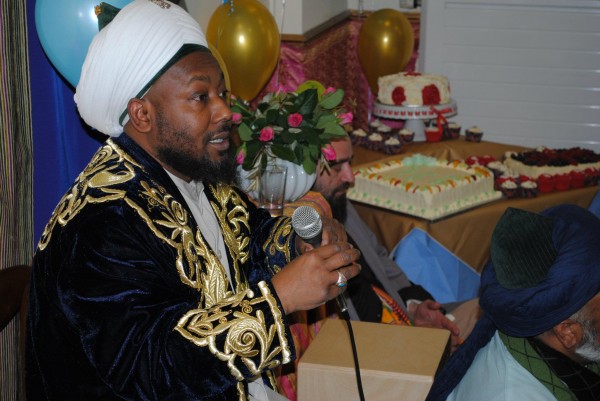 Light upon Light welcomed people of all faiths or no faith to come and join in the celebrations, which included music and nasheeds dedicated to Shaykh Nazim and Her Majesty the Queen from the very talented Pearls of Islam, Red Soulphur and CSCA’s very own choir, who sang Britain’s national anthem with grace and eloquence.
Everybody enjoyed plenty of food, sweets and cake!!! It was a thoroughly enjoyable event and gave people an opportunity to be part of something special that symbolised a global message of love and unity.